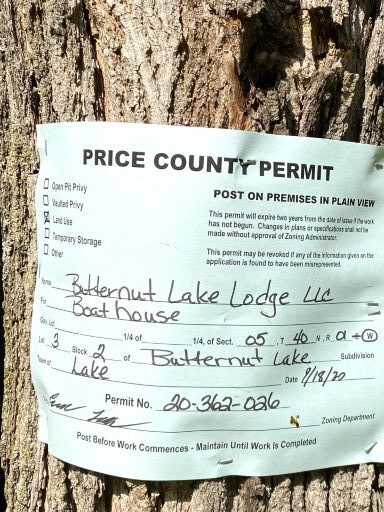 Deconstruction begins. And the inevitable question is tossed around carelessly as we prepare to get to work: "how hard can this be?" If you watch any home remodeling TV shows, the first 3 1/2 minutes is devoted to demolition, and everyone looks happy and energetic swinging hammers. It looks like fun! Like most things on television, however, the truth is far from reality. Editors must take hundreds of hours of demolition footage, choose the 3 scenes that don't contain blood, bad language, or massive clouds of dust and somehow condense them into a short segment in the beginning of their show.

Demolition took us about 10 working days stretched over 3 weeks. It was hard. In hindsight, I don't know how we could have made this work any easier (although 3 gallons of gasoline and a book of matches comes to mind).

Here's a look at your demolition experts:

The crew begins assessing the best way to take it down and with only one option (begin at the top and work your way down), the next question becomes "what tools do we need to accomplish this with the least amount of effort and most speed?" The first answer: circular saw. A few minutes with that tool and we moved onto the second answer: Sawzall. This is a better tool, but kind of slow. So the final and best answer is revealed: CHAINSAW. And off we go.

Mind you, everything we remove from this structure must be carried up the stairs or up the hill, which is incredibly steep. The realization of how difficult this is becomes evident after about the 35th trip.

Stuff starts to get a little trickier as the footing disappears... We figure out that throwing stuff eliminates some of the carrying, which just adds to the muscle groups that will be aching terribly in the morning.

And then there's the water hazard. Much time is spent picking every little errant sliver of wood out of the lake.

We reach the point where it's no longer possible to be on the building, we need to be in it to get it taken down. First obstacle: pull the roof down into the building and in the process, deposit hundreds of pounds of dirt, debris and what appeared to be bat guano in your hair, face, down your neck, and (somehow) into your socks. I can not remember a time in my life when I was more filthy. We looked like old-time coal miners - I will spare you the details of just how bad this was, but suffice it to say, there were no "quick showers" taken at the end of this day.

Beyond the dirty nature of getting the roof down safely from over our heads, we still had to cut it up into smaller pieces so we could carry it up the hill to the (growing) debris pile.

The first wall to go down was the south wall, which we let fall out of the building. That was probably not an ideal strategy, because we spend another 2 hours getting it apart so we could... [wait for it].... CARRY IT UP THE HILL. The remaining two walls were going to have to be cut up and pulled into the building - the west wall couldn't be dumped into the lake, the north wall couldn't fall and destroy the stairs, because we'd have no way to get back up the hill with all the debris, and the east wall was up against a retaining wall. So the trusty chain saw was fired-up, and we began sectioning pieces out and pulling them into the building.

You'll notice some boats in the background - by this time, we had attracted a number of spectators who decided that even if the fishing was slow, it was great entertainment to watch us fumble around with chainsaws as walls started to wobble tenuously.

And all of it must be hauled up the hill. There was some foul language (OK, there was a LOT of foul language) used at various points to describe our relationship with this hill.

This was not a weekend project. In fact, the demolition continued over 3 weeks as we worked our way to the ground.

We did it! The old boat house was removed! And you may be wondering - what did we do with it? First off, we should say that we got it up the hill, and then began sorting materials: barn siding that we could save/repurpose, the original 1/2 log siding from the 1940's that was under the barn wood siding, large old-growth dimensional lumber (e.g. 2x14 by 20') from the floor, and then everything else - firewood, debris, asphalt roofing, hardware, etc. We saved about 1/2 to 2/3rds of the material - we'll have future blog posts featuring some of the projects where this material was used, including the Logger suite.

The remaining scrap material was in two giant piles up near the lodge. We learned that our fantastic neighbor Mikey up the street builds a giant burn pile every year on his property, and lights it up after Thanksgiving, inviting friends and neighbors over to see a 60' diameter cone of combustibles heat-up the neighborhood for one unforgettable evening. Needless to say, we added quite of bit of material to the bonfire pile (and had a WONDERFUL time in December when Mikey had the fire). The rest of the stuff had to be disposed of properly, so a very large dumpster was ordered, filled, and removed.

With the building gone, we now had to turn our attention to two major challenges: construct the boat house and deconstruct/build the upper landing/deck and stairs before the winter weather arrived. Seeing that it was already the second week of October, and that snow had arrived last year on October 28, we knew that we were going to be fighting the odds.

Next up: read about our mad scramble to get the boat house built and weather-tight before the snow and cold put and end to outdoor construction!